Things To Do In Arica, Chile [Arica Travel Guide]

Arica, Chile is certainly not the most happening place on Earth. We visited as we wanted to explore Lauca National Park and Arica seemed like a natural stopping off point on the way to Bolivia. Here’s our travel guide to Arica, the northern Chilean city.

You have to do a tour to Lauca National Park

We looked at hiring a car to get to Lauca National Park, but as usual in Chile it costs an absolute fortune. And there is limited to no opportunity to get fuel so you have to fill up spare cans in Arica.

The cheapest option we found was doing a 12 hour day tour with Turismo Lauca. In Arica, we were only able to find day tours. We contacted a couple of companies about multi-day tours but as it was out of season (late August) they only offered private tours that were in the region of $400-450 USD each for 2 days in basic accommodation.

We could find barely any reviews of any of the tour agencies so had to take a punt on the one offered at our hotel (Turismo Lauca). Luckily the tour company wasn’t shite, but it wasn’t amazing either.

None of the tour companies in Arica seem to offer affordable tours in English. If you want a English tour, you’ll have to fork out for a private tour. 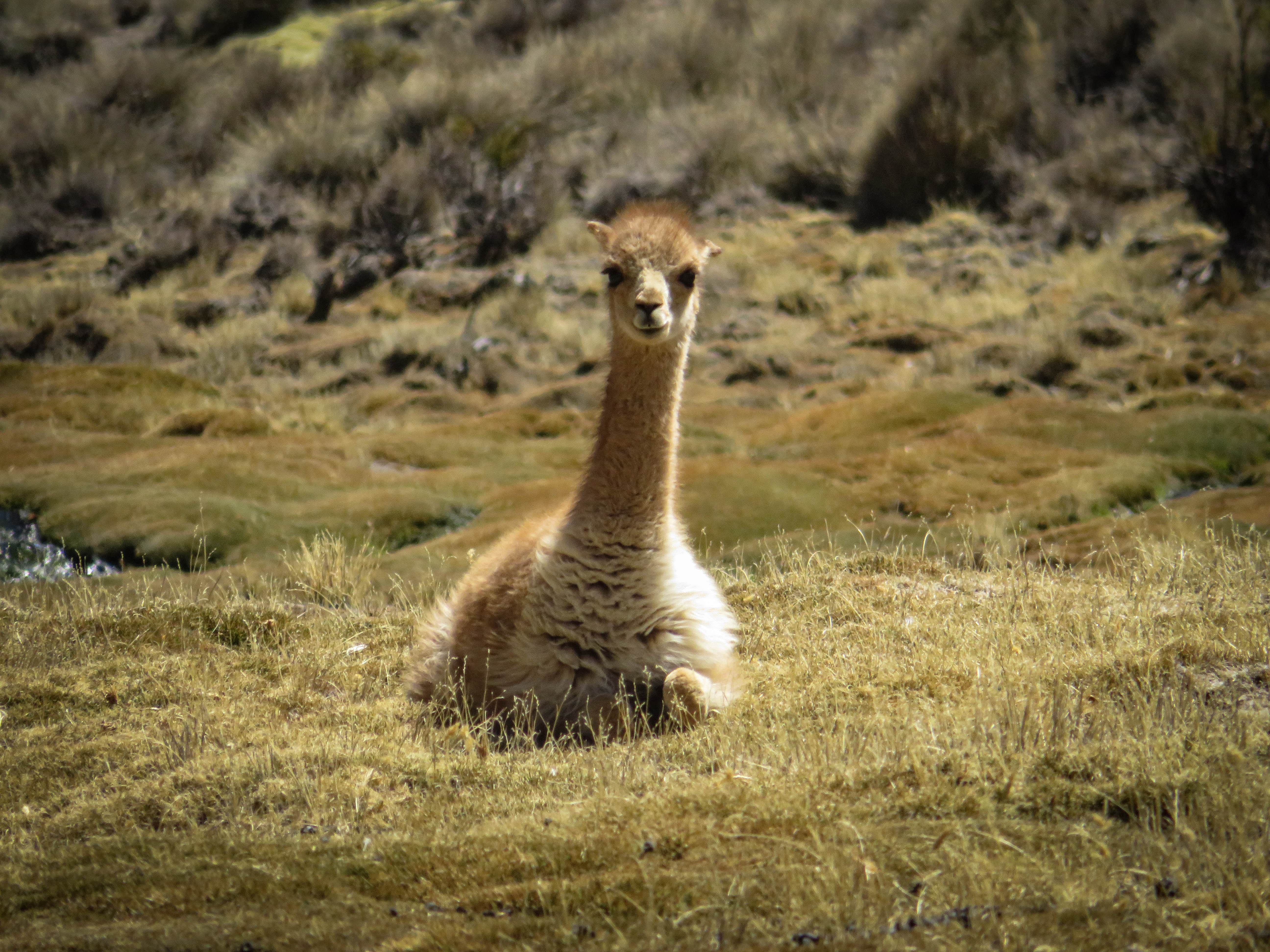 Lauca National Park was beautiful. I really liked the volcano and all of the animals. The minivan was in good shape and the driver was decent and the tour was very affordable

However, 12 hours is a long day. And it does not need to be that long. For some reason most of the tour agencies (ours included) make pointless stops for uninteresting things. An average church, a view of some dusty rocks, a view of Putre and 45 minutes in Putre. Putre is a small village, and the only tourist attraction, the church, was closed.

Not much time in Lauca National Park

However, when we started seeing the cool animals like alpacas, flamingos, vicunas and such, we had to take photos through the van window and only stopped for a moment.

I’m someone who loves their photography and felt we should have stopped more in the actual National Park we all came to visit. We hardly got any time at the actual lake, only managing to do a very short walk along a fraction of one of the sides.

We knew the tour was in Spanish, however it surprised me when the tour guide knew absolutely no English. Fine, but then he spoke super fast and had no consideration that we are still learning Spanish. It’s a shame there are no affordable bilingual options for this tour in the whole of Arica.

Here’s an example of how our guide did little to help us. We ate our 4pm lunch in the restaurant and then were told we had 45 minutes to explore the tiny village of Putre. He then mumbled something unclear about the toilets in the village. We assumed he was just telling us about them.

Where is our van?!

We headed back to the restaurant after having not much to do for 45 minutes to find the van not there. We had no idea where it was. After looking, we finally found it by the toilets in the village. This was obviously what he said but why move the van?!

Anyone who has tried learning a second language and is a considerate tour guide keeps it as simple as possible. We’ve both studied Spanish for months now. Although we aren’t brilliant at it yet, we can normally get ourselves around when locals are clear and understanding with us.

Lauca National Park is really beautiful, there’s no doubt about that. But for a National Park, it was sad to see there was loads of litter and fly tipping.

Other things to do in Arica, Chile

Arica is on the sea, and from Arica you can enjoy a small part of Chile’s 4,300 km of coastline. You can wander along the coast for miles and see lots of interesting sea birds going about their business.

Along the coast from Arica is are the Anzota caves. From Arica you can rent bikes (or some hostels allow you to use theirs).

Crossing over from Arica, Chile to Bolivia

How to get from Arica to La Paz

We opted for Nordic Bus as they were the only one that came up when we Googled it so we thought if they had an online presence they might be a bit better. I’m not sure it made a difference! The bus cost us 8,000 CLPs each. We were the only westerners on the bus as I think it is not a popular route for travellers. The bus left around 8.30ish and we arrived about 4pm in La Paz, Bolivia. The bus drove through Lauca National Park so went up from sea level to over 4000m!

The border itself was a little chaotic and confusing, as the Chilean/Bolivian border is jam packed with trucks full of goods. The toilets were difficult to find and we weren’t 100% sure where our bus was meant to pick us up after passing through immigration and customs.

We made it through though by using the tried and tested traveller method of follow the locals. A woman got on near the border to offer cambio services. The rate wasn’t amazing but was better than you can get in La Paz.

Crossing from Chile to Peru

How to get from Arica to Tacna

Arica is right on the border with Peru and about 20 minutes from Tacna on the Peruvian side. You can get a taxi to drive you across to Tacna where you can pick up a bus to Arequipa.

Alternatively you can get in line at the international bus terminal for a collectivo or small bus over the border. Either way the rates are very cheap but we think you have to pay a small exit fee at the terminal to do this route, so keep some change handy. 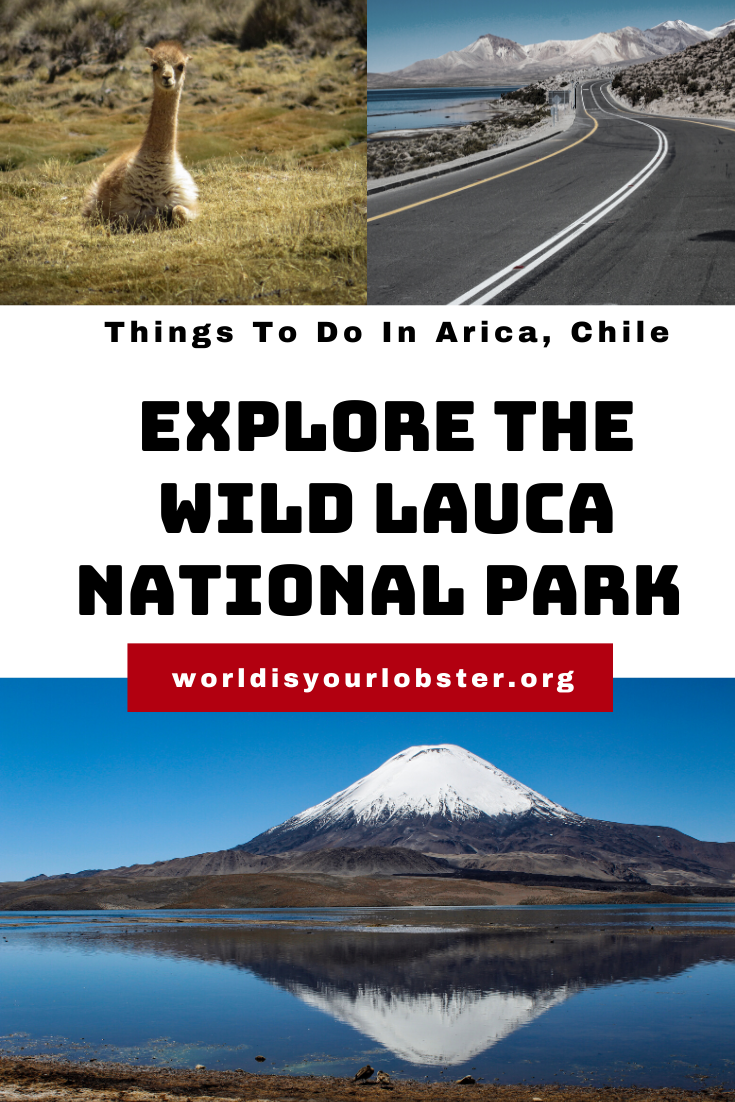