Home » blogs » How To Visit The Breathtaking Pance, Colombia [Off The Beaten Track Guide]

How To Visit The Breathtaking Pance, Colombia [Off The Beaten Track Guide] 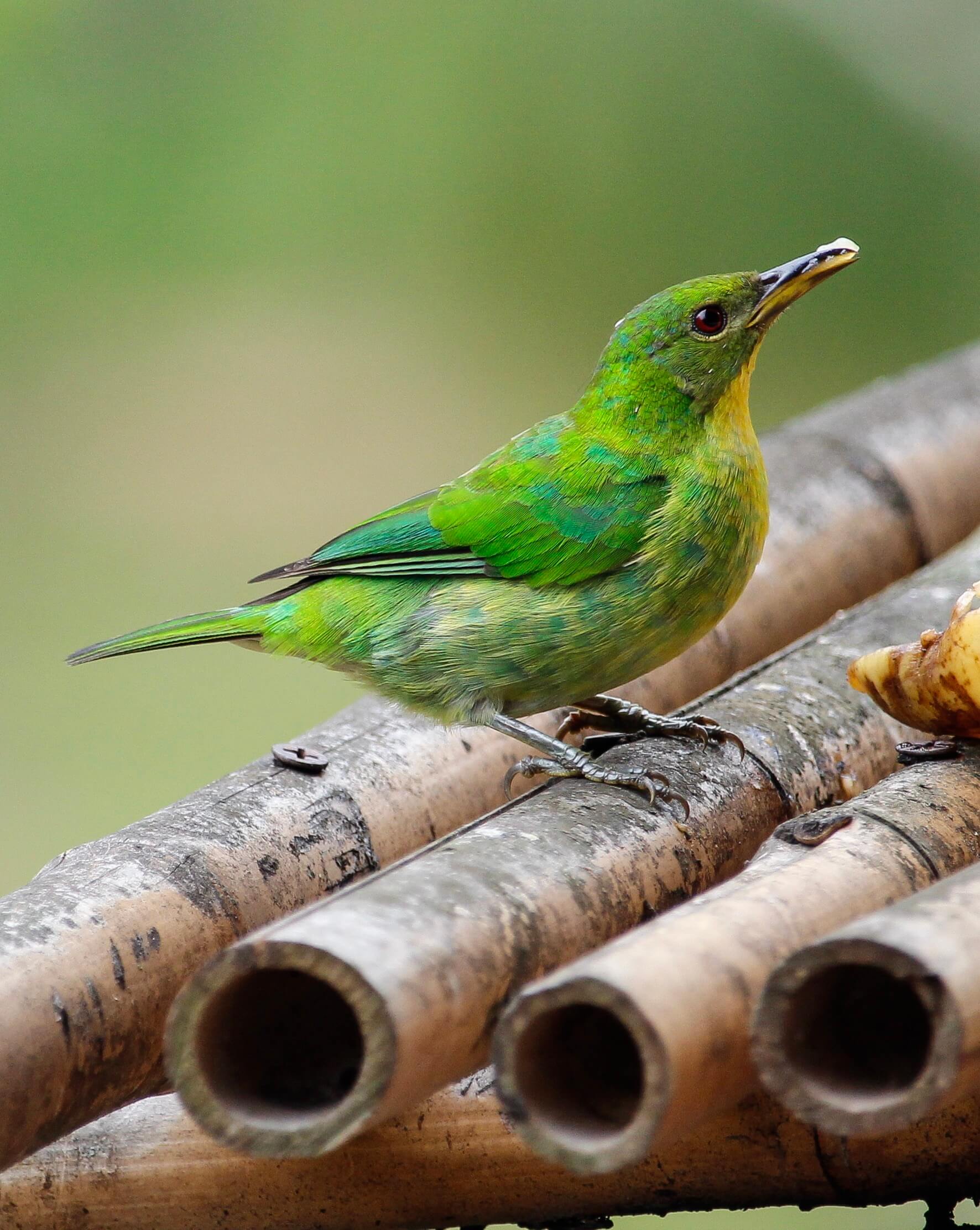 Pance, Colombia is popular with Cali locals, you won’t find many foreign tourists here. It is a short bus journey (1.5hrs) out of Cali, but feels like a different world. Pance is like a combination of Salento and Minca, but before the tourists flocked to those popular destinations. Come here during the week and you’ll likely get the place to yourself. Pance is a very restful and relaxing off the beaten track location. You can spend your time hiking around the beautiful countryside or taking a dip in the river. It’s certainly worth spending a few days here.

Why you should visit Pance, Colombia:

A few cons of Pance:

On this blog, I have used affiliate links. This means we make a little pocket money if you buy anything through the links we have given. Don’t worry, we will never suggest buying pants products and only recommend products we’ve used or would buy ourselves next time we go travelling.

Things to do in Pance, Colombia

Parque Nacional Natural – Farallones de Cali (El Pato) is the place to go to take a dip in the river, so bring your swimming stuff! There is a path running along the river and a few spots you can get in. Whilst we were in Pance there was a massive storm so the river was a bit violent. However there were still places to get in the water. In this part of the park there is also a beautiful viewpoint.

You can organise to climb Pico De Loro from Cali, but it’s cheaper to arrange it in Pance. We arranged a guide through our guest house (Hostel Casa Batara).

On a clear day you can get glorious views on the peak of Pico De Loro. The mountain is covered in beautiful subtropical jungle. It takes 7ish hours to climb up and down, and is a challenging trek, particularly when it’s been raining. The National Park only opens at specific times in the morning (you can only enter between 6-8am). 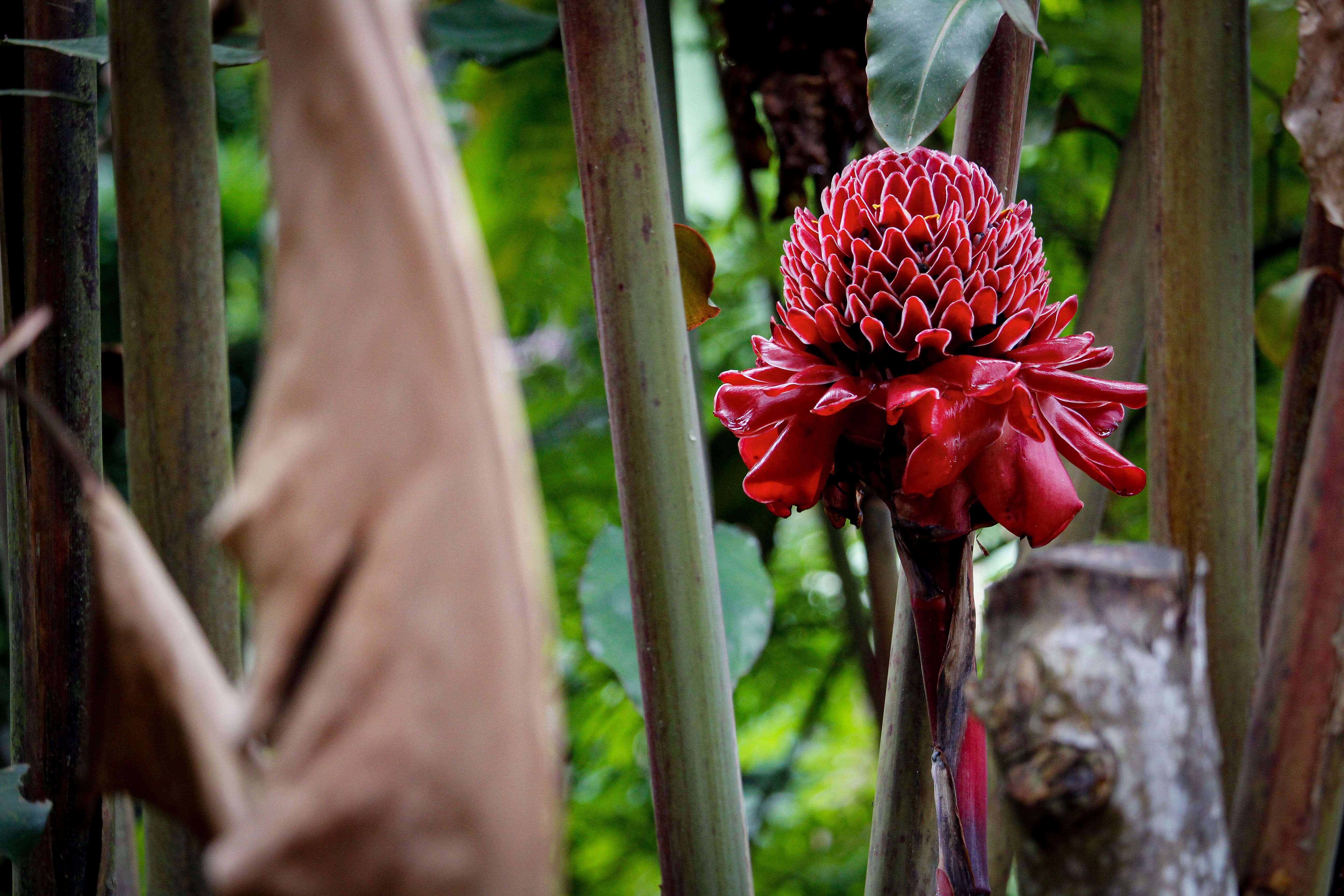 Mount Del Trueno has a viewpoint and it’s a scenic walk up to it. We recommend going with Roger, if you stay at the guesthouse we stayed at called Hostel Casa Batara.

For our walk, we used maps.me (an app which has offline maps) but there was issues with the route. The signs marking the route became steadily more passive aggressive, ran out and we ended up in someone’s yard. An alternative route was blocked off.

However if you have to do it yourself, follow the maps.me route, head up the steep hill, go past a sign saying: “Ruta hacia cerro el trueno senor turista la entrada altrueno vale $5000.”

When you get to the signs saying: “Senor turista la entra da altrueno vale $5000. Caminates basta ya detantos atropellos” and “ruta al trueno” turn back as there’s no way through. Unless you manage to find the person you are supposed to pay and maybe they can direct you. There was no one to he seen when we tried! It’s still a nice walk to the more rustic parts of the village. 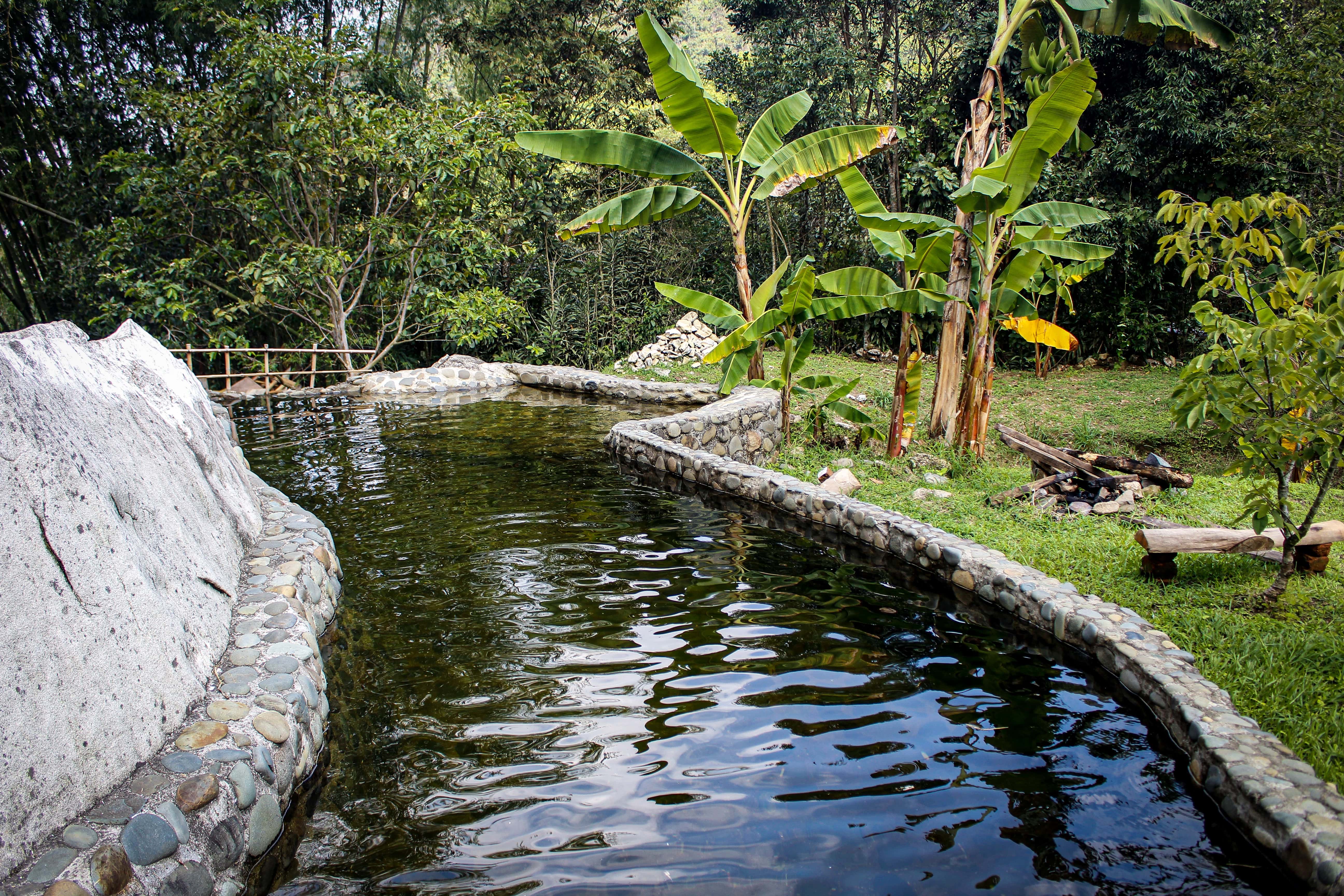 We stayed at Hostel Casa Batara and it was awesome. I can’t sing its praises enough. It’s ran differently to most other hostels we’ve been on our travels, and you get a much more personal experience. It is owned by a father and son, both called Roger. We mostly interacted with Roger Junior when we were there.

The rooms are basic but nice. Colourful birds flutter around the garden and the natural pool is stunning. At night a chorus of toads erupts, the fireflies dance in the tree branches and during a storm the lightning illuminates the sky. Magical.

Younger Roger makes amazing food (even in the dark if there is a power cut) and loves making vegetarian options, if like us you are veggie. Roger can take you up Mount Del Trueno if he has time. Roger is a great host, and does whatever he can to help. He also absolutely loves the local area, the wildlife and his local community. You can see that in how he talks about it.

Roger can also arrange local guides to take you up Pico De Loro Mountain or pick you up and drop you off in Cali if you want private transportation.

Whilst in Pance, we had amazing breakfasts and dinners at our guesthouse (Casa Batata). Roger makes amazing pancakes!

A restaurant that was consistently open for lunch in Pance was Doña Balvina Restaurant. The food is excellent and local to the area. You can get a menu del dia (menu of the day) for a very reasonable price (10,000 COP). They can even make it vegetarian or vegan for you. They also offer the Colombian specialty, hot chocolate with cheese (chocolate con queso) and you get a massive portion of cheese for only 6,000 COP.

My recommendation is to bring snacks from Cali, as at times finding a shop that was open was hard.

However, there is one shop near the church in town and that one does tend to be open. You’ll need snacks and food for trekking up Pico De Loro Mountain as there’s nowhere to get lunch nearby. Check out the stall selling freshly squeezed orange juice opposite!

How to get from Cali to Pance

There are 3 ways you can get to Pance, Colombia from Cali. Bus, jeep or uber.

1. Bus to Pance from Cali

To get the bus to Pance from Cali, you need to get yourself to the main bus terminal.

However buses to Pance DO NOT go from the actual bus station in Cali, that would be too simple. They go from the place shown in the map below. You need to stand by the 40 sign.

To get to this point, you can get an Uber, it would be easier than going round the one way system to the bus terminal and then walking back on yourself (like we did). Or ask the taxi driver to take you to “la parada de Recreativos para Pance.

Bus times from Cali to Pance

As of October 2019, the buses go at the following times:

The journey can take between 1 hour 30 minutes to 2 hours depending on Cali traffic.

The bus we took was super uncomfortable, with hard plastic chairs that cause issue with my almost 30 year old back! It was also VERY squished and we only had small bags with us. I recommend if you are taking the public bus, don’t bring big bags. Leave them at your hostel in Cali.

2. Uber to Pance from Cali

This is probably the most expensive option at around 55,000 COP. But it’s not going to break the bank and is an easy and convenient way of getting to Pance from Cali.

Do note that Uber is banned in Colombia, but does still operate and can be safer for tourists than normal taxis. If you want to use an Uber the driver will ask you to sit in the front seat to avoid questions from police.

3. Jeep to Pance from Cali

We took a jeep back and booked this through our guesthouse called Hostel Casa Batara (Roger Junior drove us). We paid 40,000 COP one way in October 2019.

More reasons why you should visit Pance

Colombia turned me into a bird watching birdnerd. It has 1851 confirmed species of bird, of which 81 are endemic to Colombia and so many of them are STUNNING. In Pance, you can see a great variety of colourful birds. 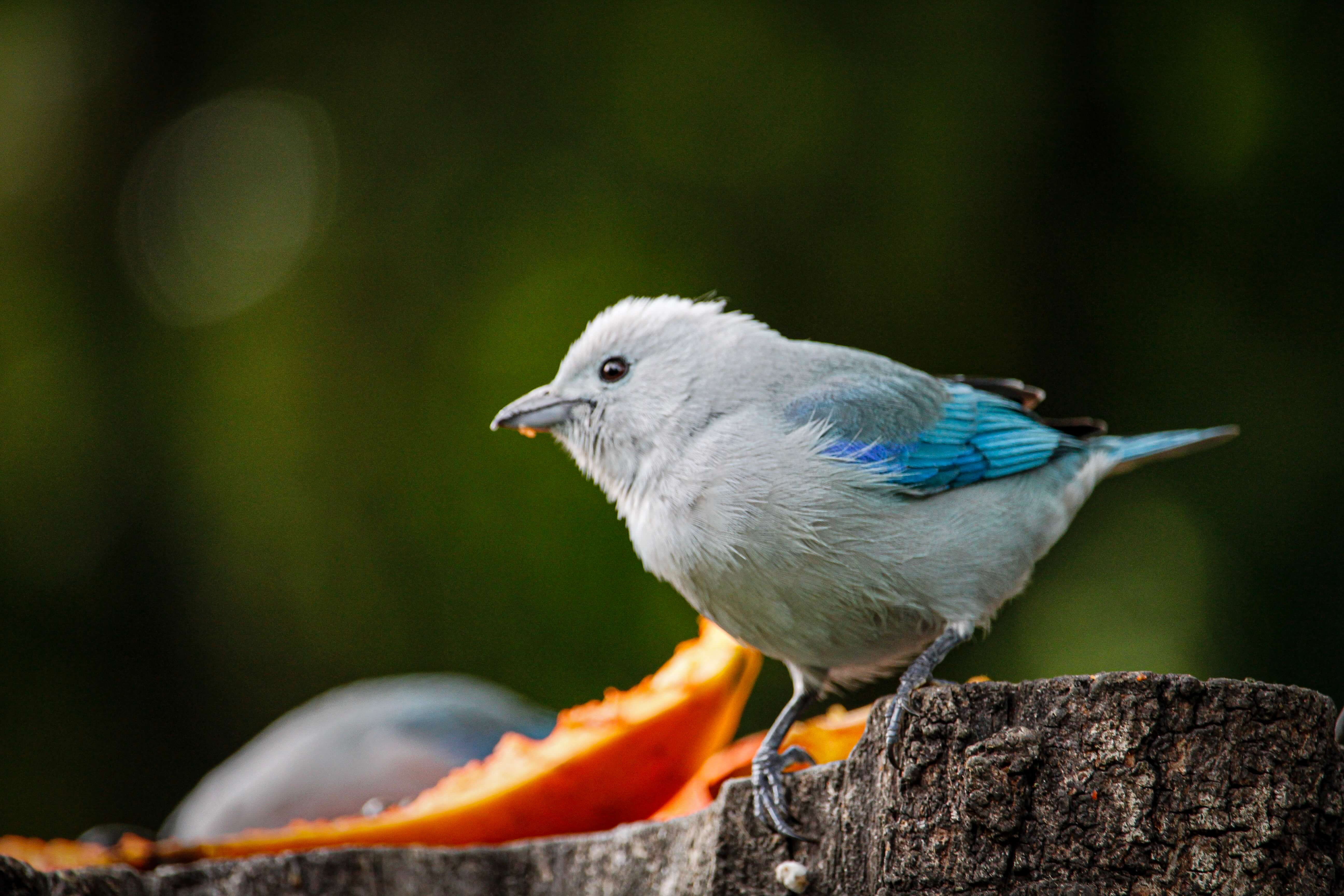 If you love photographing colourful birds, do get a DSLR camera with a zoom lens before coming to Colombia. I have a cheap but awesome DSLR, a Canon EOS 1300D. This DSLR has lasted me really well over the 13 months we have been travelling. I have added a telephoto zoom lens Canon EF-S 55-250mm f/4.0-5.6 IS II. Importantly this lens has image stabilisation if you are a wobbly photographer like me.

However, DSLRs aren’t for everyone. If you don’t want one, James (my partner) has a fabulous point and shoot which has an amazing zoom. It’s better than most binoculars. His point and shoot camera is a Canon PowerShot. Obviously the quality isn’t the same as a DSLR, but James has taken some lovely photos of birds with his camera.

In Pance, we spent much of our time with a furry dog friend called Bruno. He found us on a walk, followed us back to our guesthouse and spent 3 days with us. Bruno slept outside our door, cuddled up to us and took us on walks.

We spent much of those 3 days searching for his family. And were at the point of thinking we were going to have to adopt Bruno as we had no idea where he had come from when we found his family.

If you see this dog, he is not homeless. He has a loving family. Give him a hug from us though! 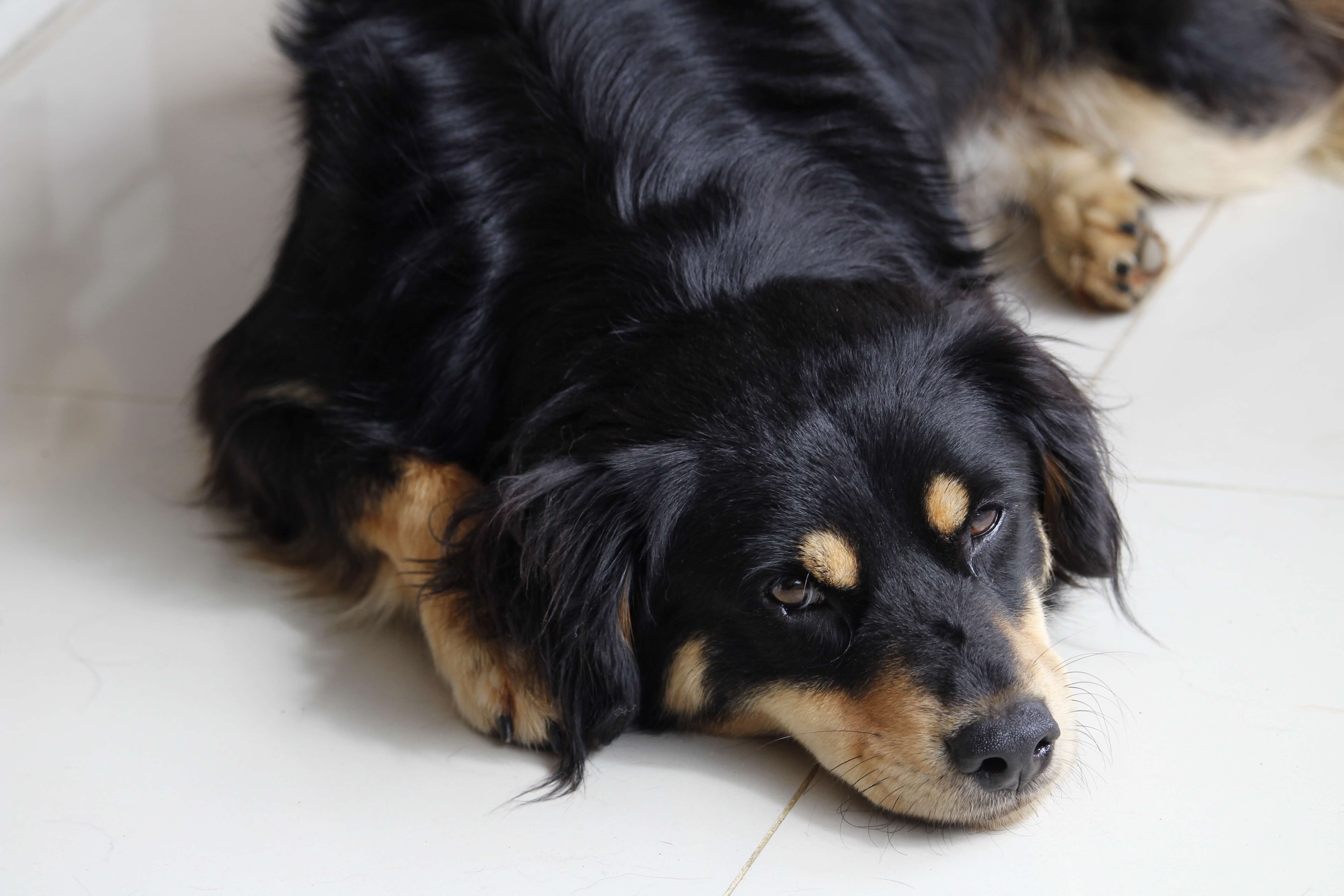 Equipment to bring to Pance, Colombia

Where are you travelling to next?

If you are heading to Popayán, check out 9 amazing and unique things to do in Popayán.

It’s our aim to help travellers like you and give ridiculously practical travel advice and tips. Do share the love if you found this post on Pance, Colombia useful! 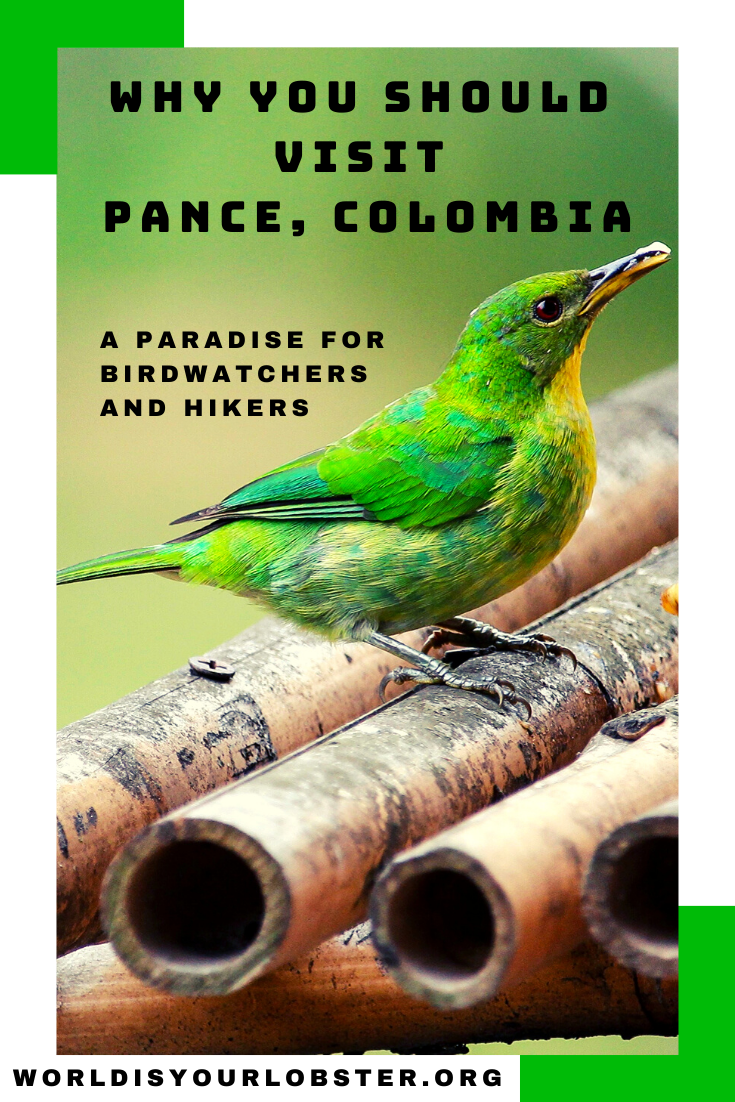